If It’s Football, It Must Be Spring

Blue Jays and Cavaliers Kick Off Their Spring Scrimmage on Thursday, May 12, at 4:30 PM at Pan American Stadium 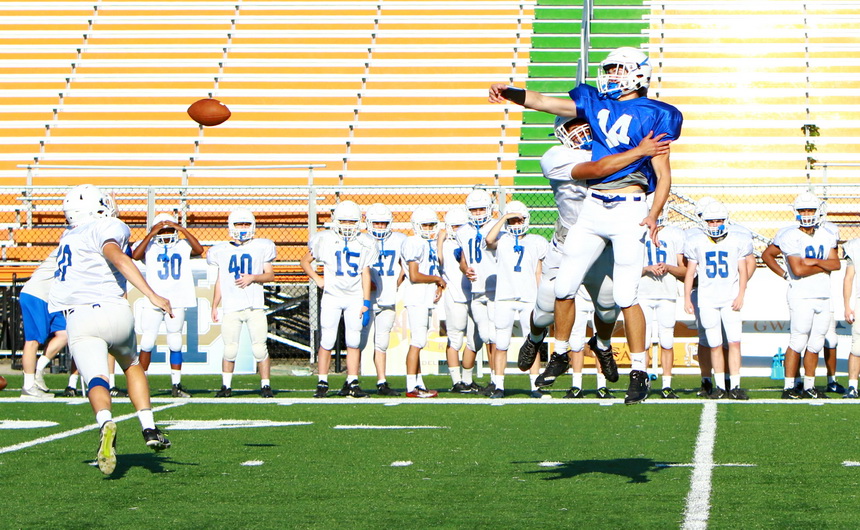 Wide receiver Ashton Loria (14), who will be a senior on the team next year, can’t haul this high pass in during last week’s intrasquad scrimmage.

Jesuit’s 2016 varsity football team jumps back into the gridiron trenches on Thursday afternoon when the Blue Jays line up against the DeLaSalle Cavaliers at the annual spring scrimmage.

Head coach Mark Songy hopes the Jays will provide a sneak peek into the team’s overall strengths and weaknesses at the game, which is slated to kick off at 4:30 p.m. at Pan American Stadium in City Park. 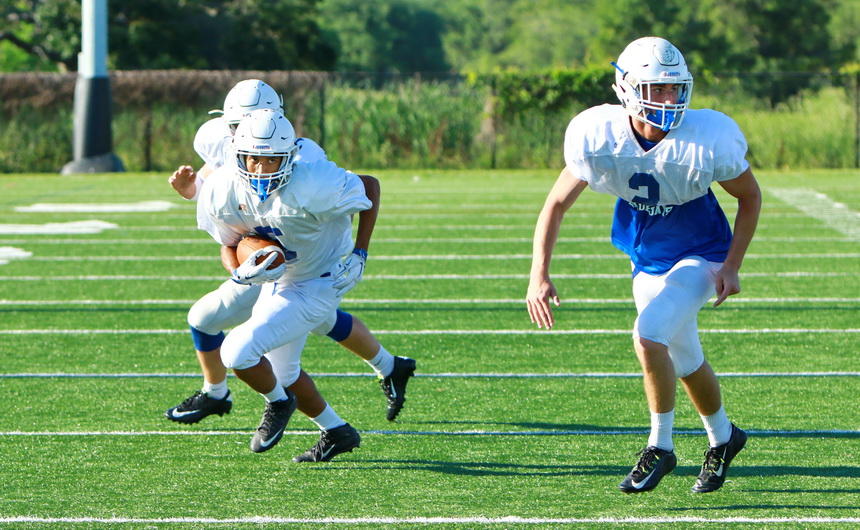 Admission is $1 each for Jesuit and DeLaSalle students, but they must bring their ID cards to show at the gate. Children ages 6-11 are $1 each. Admission is $5 for adults as well as students from non-participating schools.

“A spring scrimmage is very important from the standpoint of evaluating players,” Coach Songy said. “The spring game is a nice opportunity to focus on fundamental football and to evaluate the players who will contribute to the team in the upcoming fall season.”

Last week, the Blue Jays knocked helmets against… themselves in another spring rite — the intrasquad scrimmage in which Jesuit’s #1 offense went up against the #1 defense.

“It was really a glorified practice, that’s all it was,” Coach Songy said of Blue Jays playing Blue Jays. “We tackled live, something we hadn’t done in recent weeks. The guys had been chomping at the bit to actually tackle. We got into some scrimmage situations to see where we’re at.”