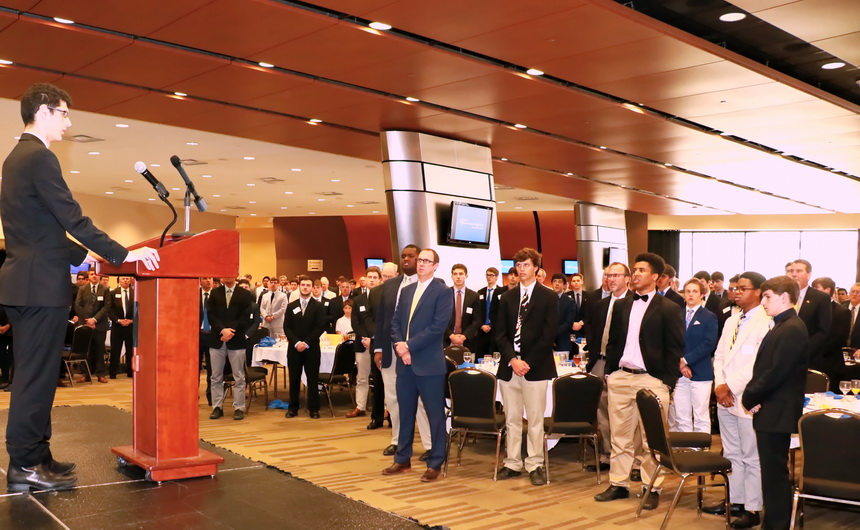 Adam Ledet leads his fellow seniors of the Class of 2016 and alumni in singing Jesuit’s Alma Mater at the 15th Annual Commencement Luncheon held Friday, April 29, at the Mercedes-Benz Superdome.

Members of the Class of 2016 — 272 of them — and an almost equal amount of Jesuit alumni enjoyed a midday dose of Blue Jay camaraderie at the 2016 Commencement Luncheon. The 15th annual program, at which Jesuit welcomes seniors into the school’s alumni association, took place in the Bienville Room of the Mercedes-Benz Superdome. 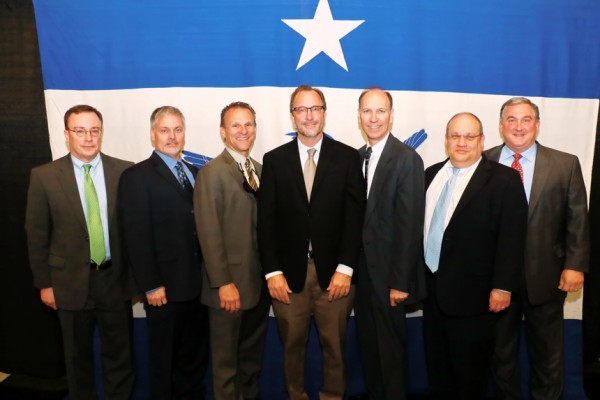 Herbert, a 1982 alumnus, is an award winning Associated Press photographer. He played soccer for the Blue Jays and was a photo editor for the student newspaper and yearbook. Herbert earned his journalism degree from Boston University. His photography career has taken him across the globe, including Haiti where, in the 1990s, he established a fund to enroll Haitian children into private schools. He has won more than 50 journalism awards including 1st Prize in the World Press Competition.

Herbert talked about some of his toughest assignments: coverage of the crack cocaine epidemic in the South Bronx of New York, documenting the plight of a mother dying of AIDS and her desperate attempt to find a family to adopt her son, and violence in the island nation of Haiti. However, the bulk of his address focused on the life and lessons of Mother Teresa of Calcutta, now just a single step away from sainthood. Herbert talked about meeting the missionary of the poor and his life-changing experience working as a volunteer in Khaligat, her home for the dying.

He said he learned two most important lessons from the 1979 Nobel Prize winner: “God is love” and “the work is the prayer.”

“The degree to which your prayer life is working is not necessarily what happens inside the Church, but what happens outside the Church,” Herbet said. “All of the small, positive decisions you make every day formulate yourself as a human and how much of the spirit of Christ you manifest.”

The event concluded with the singing of the “Alma Mater,” led by senior Adam Ledet. 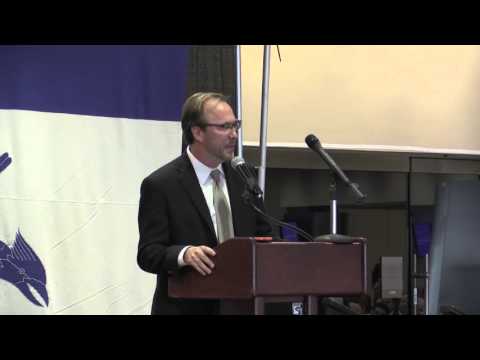