Track Team Holds its Own at Sugar Bowl Classic 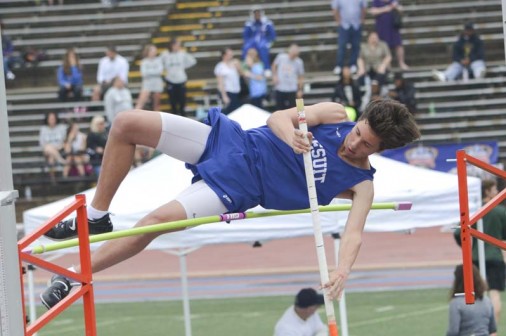 Junior Andrew Stapp didn’t quite make it on this try, but he did eventually clear a personal best 11 feet in the pole vault competition.

Jesuit’s track and field team posted an impressive fourth-place finish in a 44-team, multistate field at the Allstate Sugar Bowl Track and Field Classic on March 18 & 19 at Tad Gormley Stadium in City Park.

The Jays finished with 33 points, behind only East St. Louis (Illinois), John Curtis, and Rummel.

Senior Mark Jaunet and junior Denny McGinnis got the Jays off to a good start on Friday, placing third and fourth, respectively, in the javelin. Jaunet threw 162.99, while McGinnis’s best throw measured at 149.08. The duo accounted for 10 of Jesuit’s 14 points on Day One.

Jesuit’s 4×800 relay team picked up the other four points on Day One with a fourth-place finish. Senior Carlos Zervigon teamed with a trio of juniors–Tanner Tresca, Reed Meric, and Eli Sisung–to post a time of 8:15.07, just two seconds off the school record.

On Saturday, senior Carlos Zervigon notched Jesuit’s only first-place finish of the weekend, picking up 10 points by winning the 3,200-meter run with a time of 9:52.59.

Junior Jandon Briscoe added six points to the Jays’ team total with a third-place finish in the 400-meter dash, coming in at 50 seconds flat. 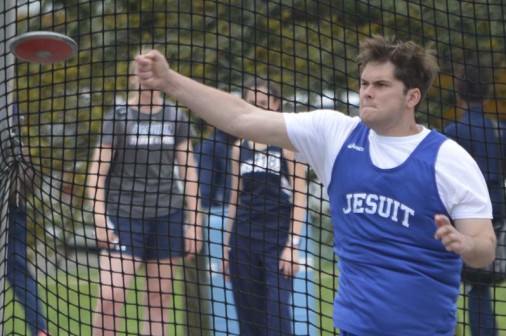 Junior Jarod Larriviere added two more points by finishing fifth in the discus with a throw of 123-01.

Junior Andrew Stapp, meanwhile, cleared 11 feet in the pole vault, a personal best and good enough to break into the Top Six and earn a point.

Jesuit returns to the track on Monday night to compete in the Cardinal Relays at E. D. White in Thibodaux.