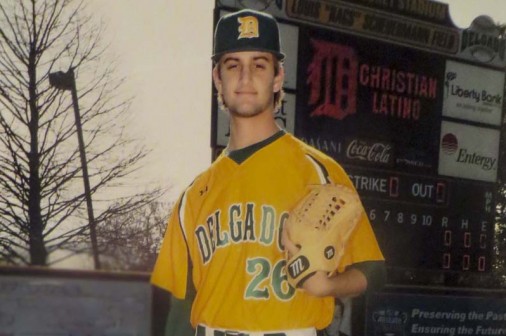 Christian Latino ’14, who played baseball for Jesuit, is now pitching for the Delgado Dolphins.

As the azaleas at Carrollton & Banks begin to bloom, a 2014 Jesuit alumnus is blossoming.

On Wednesday, March 16, Latino got his first start for the Dolphins. Against Oakton Community College (Illinois), Latino pitched a complete game shutout, giving up just three hits and a single walk, while recording eight strike outs. The game, which was played at the Wide World of Sports Complex at Disney World, was called after six innings.

Other Blue Jays on the current Delgado roster are Dylan Weston’13, and two of Latino’s Jesuit classmates: Spencer Miller and C.J. Avrard.