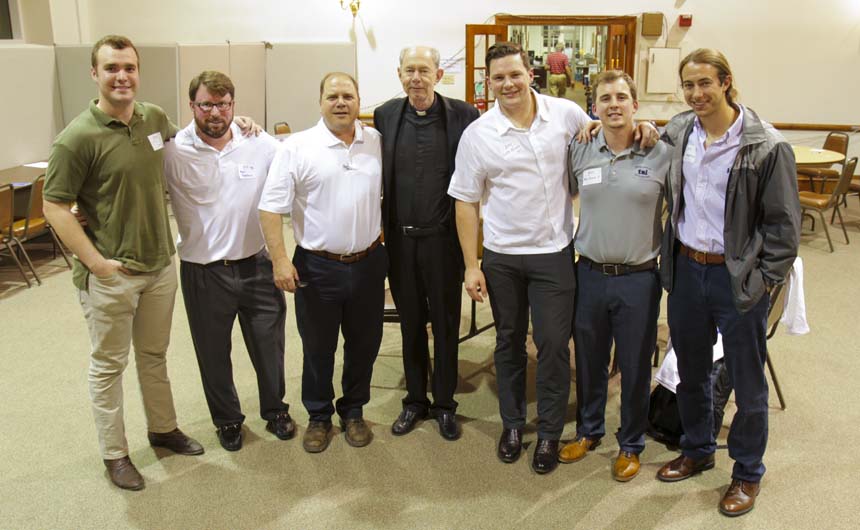 The 2015-16 LEF drive moves into its final stages with the spring calling event that began on Tuesday, March 8.

“Our goal for this year is 4,000 donors and $1.4 million and I’m confident that we’re going to get there,” said 2015-16 LEF chairman Marc Bonifacic ’92. Helping Bonifacic are last year’s chairman, Mike Varisco ’83, and next year’s LEF leader, Ian Blanchard ’03. Logan Diano is the school’s LEF coordinator.

Opening night of the “spring ring” included snacks and beverages in the Student Commons at 5, followed by a delicious pork and chicken barbecued dinner prepared by chef Aaron Burgau ’92. Burgau is the owner/operator of Restaurant Patois on Laurel Street. His next venture is Central City Barbecue, which Burgau and his partner plan to open this summer. After a short program, which included presentations from school president Fr. Anthony McGinn, S.J. ’66, Bonifacic, and alumni director Mat Grau ’68, the group headed upstairs for calling in St. Ignatius Hall. 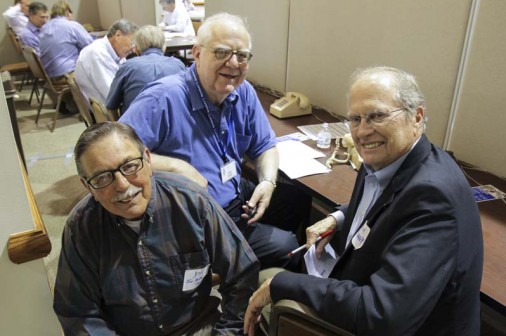 The Class of 1956, represented on Tuesday, March 8, by Tom Arata, Dave Schof, and Frank Courtenay, often ranks as one of Jesuit’s most active, connected, and supportive alumni classes.

The cadre of callers included a handful of young alums from the Class of 2011, who are inviting their classmates to support the school financially for the first time. “My family received financial aid for three of my years at Jesuit and that is something I’ll always remember and be grateful for,” said one of the youngest volunteers.

The spring calling event runs through Thursday, March 10. The LEF drive concludes on May 31.

Volunteer to Connect with Classmates