Blue Jays Open Against the Wolves of St. Paul’s on Thursday, Feb. 25 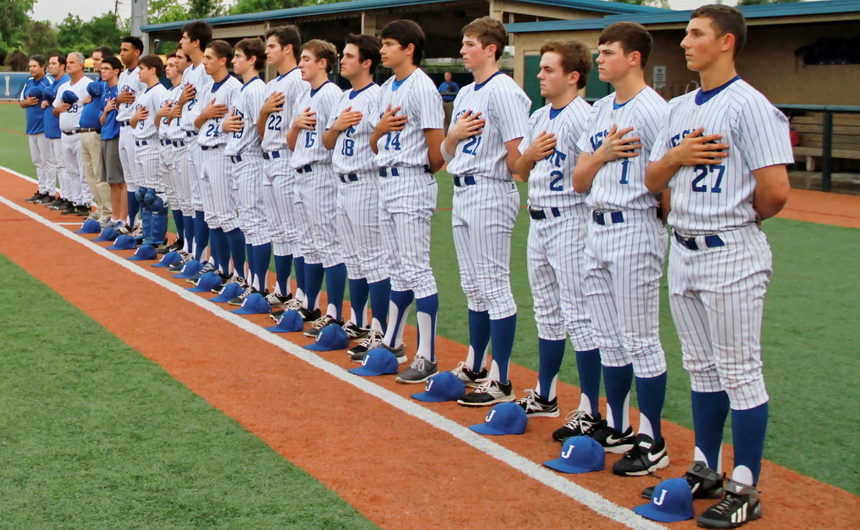 One last look at the 2015 Blue Jay varsity team, which graduated 11 seniors. This year’s team also has 11 seniors, nine of whom were on last season’s varsity squad.

The 2016 varsity Blue Jays officially open their baseball season on Thursday, Feb. 25, against the Wolves of St. Paul’s in the WGNO Classic. First pitch is 4:30 p.m. at RBI Field, formerly Wesley Barrow Stadium on Press Drive. Severe weather that rolled through Louisiana Tuesday, Feb. 23, forced cancellation of the original opener between the Jays and Northshore, which was to have been played at John Ryan Stadium. 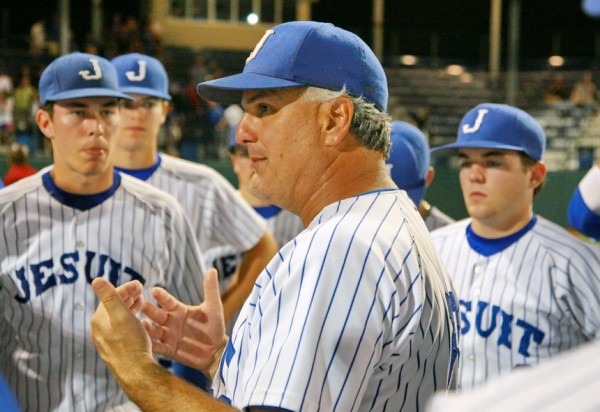 Coach Joey Latino says this about the 2016 team: “We’ll be strong again on the mound, and offensively, we’re progressing and getting better, but there’s room for improvement. Defensively, we’re going to be very solid.”

Admission for most of Jesuit’s non-district games is $5 for adults; $5 for non-Jesuit students; $3 for Jesuit students, as well as for students from the opponents’ schools; and $3 for children (ages 6-11).

This past weekend, the Jays competed well in the Hahnville Jamboree. For those who must keep score, the jamboree featured the Jays in a pair of three-inning contests, first against Newman and then Hahnville. Before you could put down a hot dog, the Jays dominated the Greenies, 9-2, and corralled the Tigers, 7-5. Coach Latino cycled through six pitchers, one per inning.

Joey Latino, who begins his sixth year as the Jays’ head coach of baseball, said he was pleased with his team’s overall performance, however abbreviated.

“We pitched well on the day with one or two exceptions,” said Coach Latino. “A couple of pitchers were a little rocky here and there, but that’s something I’m sure we can correct over the next couple of weeks. Offensively, I liked our approach. Our at bats were good and we played solid defense. I don’t recall a single error over the course of the jamboree.” 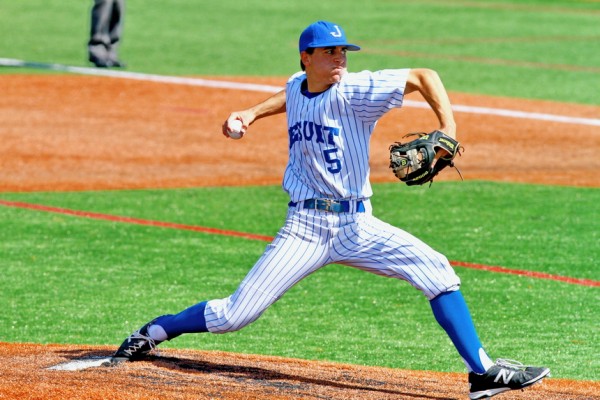 Versatile senior Brandon Briuglio will anchor second base when he’s not on the mound.

As for expectations, recall that the 2015 season was one of ups and downs for the Jays, who finished 25-9 overall and 8-2 in District 9-5A play. One of the “ups” was winning the district championship outright; a “down” was in the second round of the playoffs when the Jays lost two consecutive games at the Ryan and were bounced out of the playoffs. A much larger “up” took place last summer when the Jesuit-based Retif Oilers battled their way to the championship game of the American Legion World Series in Shelby, NC. Retif’s runner-up finish made for a lot of memories during the summer of 2015.

Looking to the 2016 season, Coach Latino said he expects the Jays will once again be very competitive. “We’ll be strong again on the mound, and offensively, we’re progressing and getting better, but there’s room for improvement. Defensively, we’re going to be very solid.”

Watch for the Jays to steal more bases this year.

Junior Davis Martin is one of only two southpaws on the pitching squad. As a sophomore last season, Davis threw a no-hitter.

“Compared to last year’s team, we have better base-running speed,” he explained. “That will give us a slightly different dimension, or a different offensive look, because we’re going to be doing more stealing. Better speed helps us defensively, too.”

The Jays will participate in the WGNO Classic Tournament beginning with the Thursday, Feb. 25, game against the Wolves. On Friday, Feb. 26, Jesuit plays Riverside at Zephyr Field at 7 p.m. The final day of the tourney will feature the Jays in a double-header at Kirsch-Rooney Stadium. Jesuit will play Franklinton in the opener at 10 a.m., followed by a game against Ponchatoula at 1 p.m. 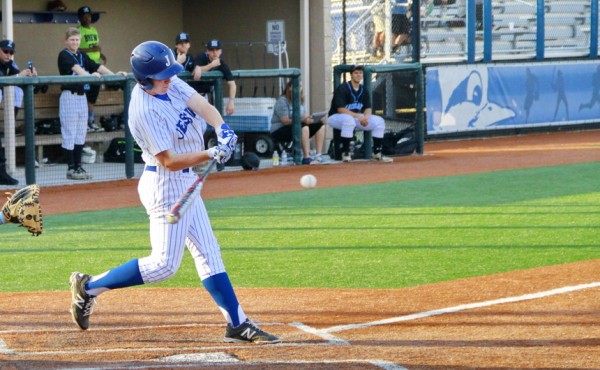 Senior Hayden Fuentes will anchor third base when he’s not hitting the ball.

The Jesuit Invitational Tournament is scheduled Thursday, March 3 – Saturday, March 5 and will see the Jays host four games at the Ryan, including two against St. Thomas Aquinas of Houston.

The Jays play their first district game on Tuesday, March 22 against John Curtis. District competition seems like a long way off, but it will be here soon enough. Between now and then, the Jays will be tuning up.

Seniors Matthew Miceli and Richard Oubre, both right-handers, are new to the varsity squad and add some depth to the Jays’ pitching corps. 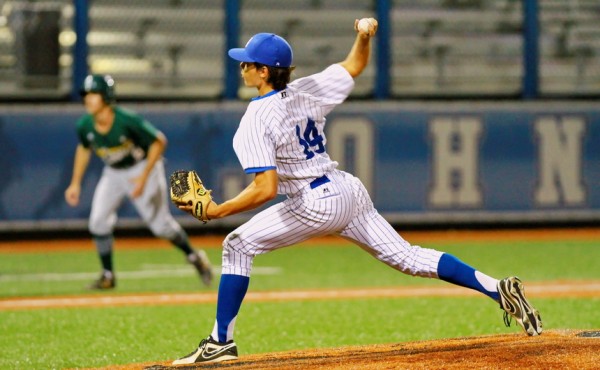 Mason Mayfield is one of several senior pitchers Coach Joey Latino will be counting on.

Blosser and senior Davis Martin are the pitching corps’ only pair of southpaws. Everyone else throws right-handed. 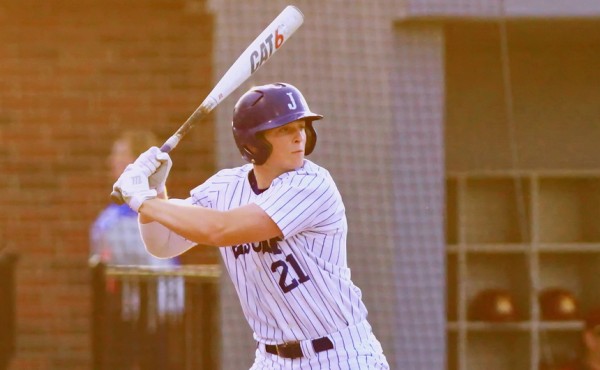 Senior Jake Licciardi will be at first base. Last season, he was frequently the Jays’ designated hitter.

Coach Latino’s assistants are Kenny Goodlett and Nick Nolfe. Also returning to the dugout are team physician Joe Licciardi ’53 and Jeff Chappuis, who serves as keeper of the team statistics.