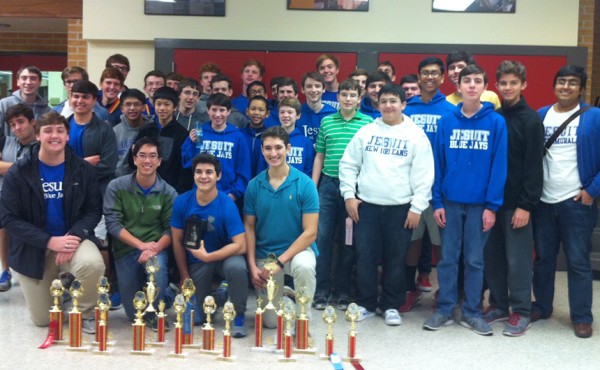 Mu Alpha Theta is a national high school and junior college honorary mathematics club designed to meet the challenge of reaching out to our academically talented students and turning them on to mathematics. Members are students who have completed four semesters of college preparatory mathematics and in addition have completed or are enrolled in a fifth semester mathematics course, providing their mathematics work was done with distinction (minimum B average). The main focus of Mu Alpha Theta is the interaction of our chapter with those of other area schools. This is accomplished through monthly district meetings, local tournaments, and an annual state convention. MAΘ is co-moderated by Ms. Jo Ann Schexnayder and Ms. Khanh Nguyen.

Chi Alpha Mu, standing for Creative Adventures in Mathematics, is the National Junior Mathematics Club for middle schools. Founded in 1967, the organization was reactivated by Mu Alpha Theta in 2008 to promote enjoyment and understanding of mathematics by middle school students. Chi Alpha Mu is moderated by Leslie Merritt.