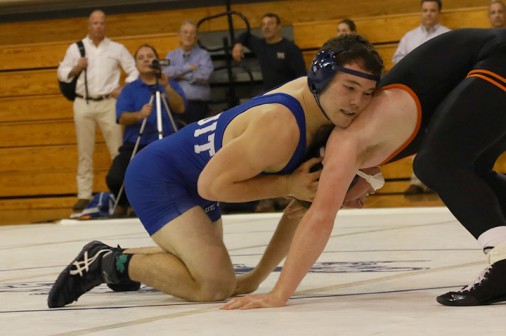 Patron pinned Teurlings Catholic’s Kynan Sonnier in 0:44 in the 195 finals.

Dupré fought hard to overcome a 5-1 deficit against Brother Martin’s Steven Shields entering the third period. Dupré scored a two-point reversal, let Shields escape for one point, then got another two-point takedown before a wild scramble as time. When time expired, Shields emerged with the win.

The Blue Jay grapplers return to the mat on Wednesday, Jan. 20 when they take on Brother Martin in a Dual Meet on the Crusaders’ home turf.