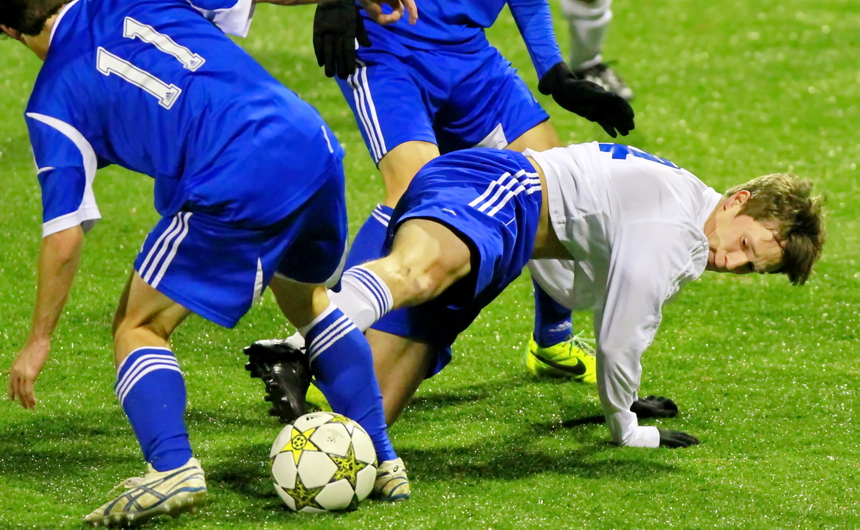 Senior Will McQueen, one of the sparks of the Jesuit offense, exhibits his scrappy play that was sorely missed while he was sidelined with an injury. He returned to the lineup in the Jays’ final game of the regular season, scoring the team’s lone goal in their win against Vandebilt last Monday, Feb. 2. View two new Photo Galleries below.

The Blue Jays will host the Spartans at John Ryan Stadium, where their bi-district match kicks off at 4:30 p.m.

Admission is $5 each for adults, students, and children (ages 6-12). Student IDs will NOT be accepted at the gate.

In their final two games of the regular season, the Blue Jays defeated two good teams, Newman and Vandebilt (Houma). In each match, Jesuit scored one lone goal but put up a tenacious defense that stymied the Greenies and the Terriers, especially in the closing minutes of play.

View the Division 1 Soccer Brackets on the LHSAA Web Site